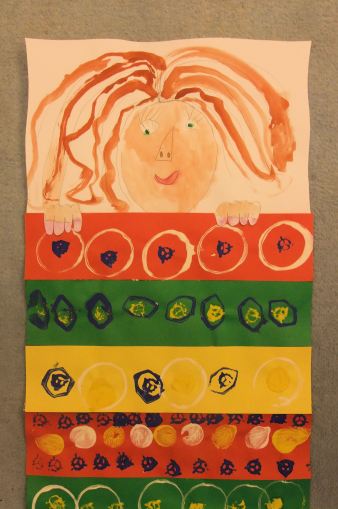 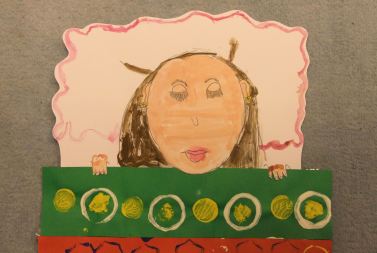 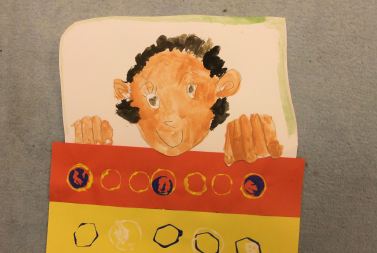 This two-session project was devised for my older group, who are aged between four and eight. Several techniques were used in the making of the final artwork, and the children learned about observational drawing and self portraiture as well as the mathematical concept of repeating patterns. 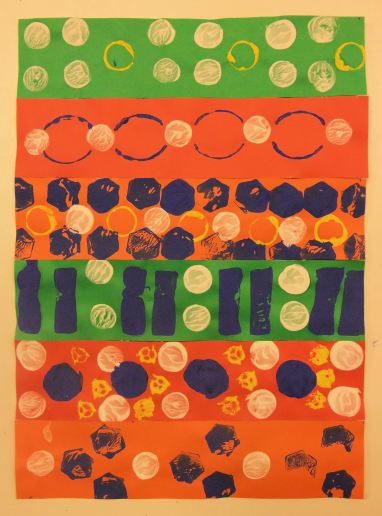 A few of the children preferred to decorate their paper strips more randomly, but most of them had a go at creating sequences and there were some really complex designs! The following week the patterned strips were fixed together with sticky tape to create larger striped sheets to represent blankets. 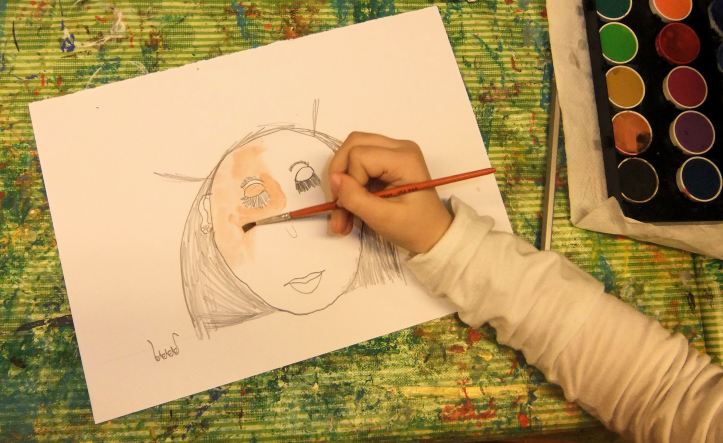 Session two was concerned with drawing self-portraits, with a difference… the children were asked to portray themselves in bed! Each was given a sheet of white paper which I had already marked lightly in pencil with an oval outline of a face and a horizontal line at chin level where the blanket would later be positioned – to help the children draw their face and hands the right size and in the right position. 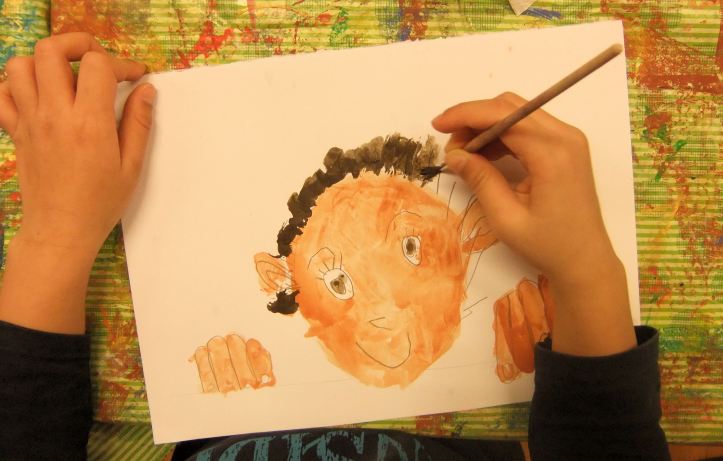 Some children chose to draw themselves asleep, others with their eyes open. I asked them to think about how their hair looks when they’re lying in bed, which is why some of the portraits have ‘crazy’ sticking-out hair! Most of the children also drew two hands on either side, to clutch their blanket. One girl even drew herself wearing a night cap! 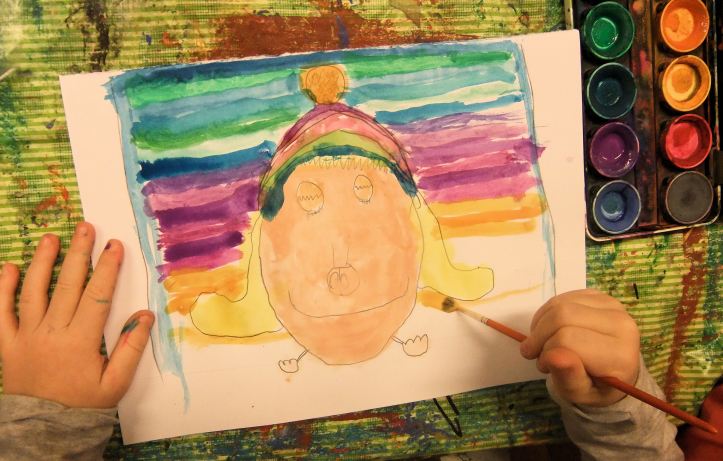 Colour was added using watercolours. Some children simply drew the outline of a pillow around their head, to be cut out. Others brushed on bright colours and patterns. 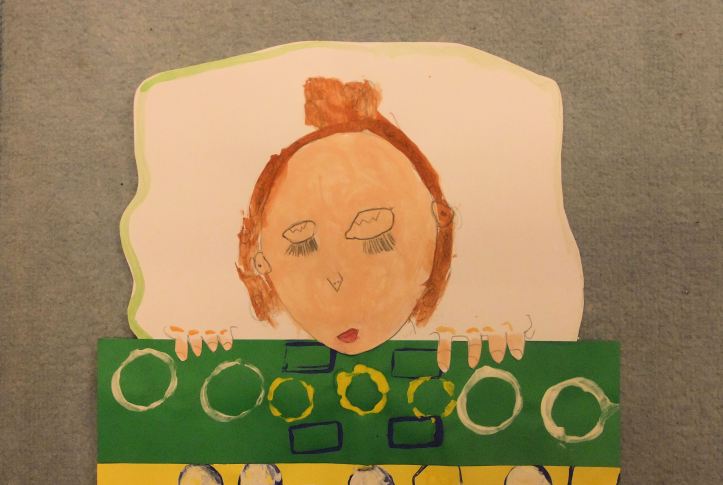 When the portraits were dry, I cut each one out along the pillow outline and around the fingertips (cutting up from the bottom of the paper and stopping at the horizontal line), before taping it to the top of the blanket to create the final art work – bedtime self portraits, all snuggled up in bed.

These worked out really well and the children were very proud of the results. Please click on an image below to scroll through a gallery of the children’s art works… 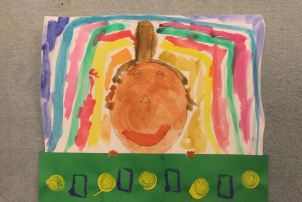 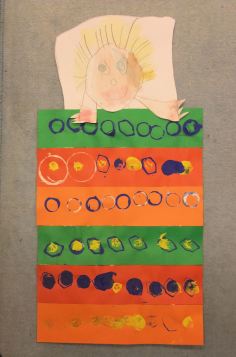 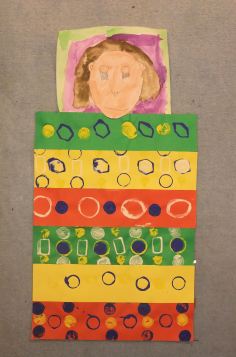 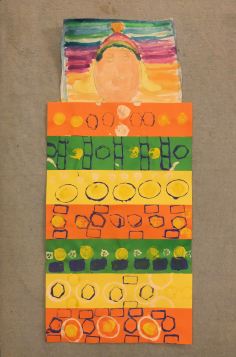 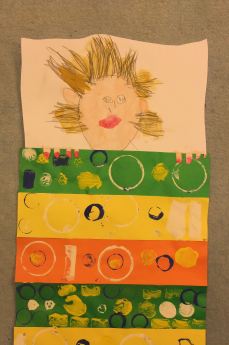 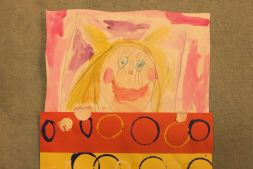 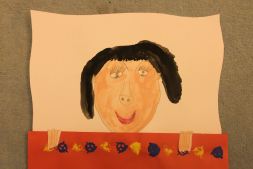 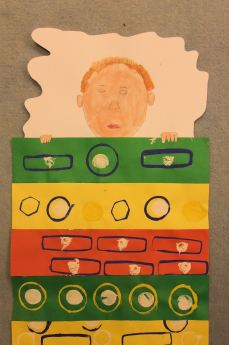 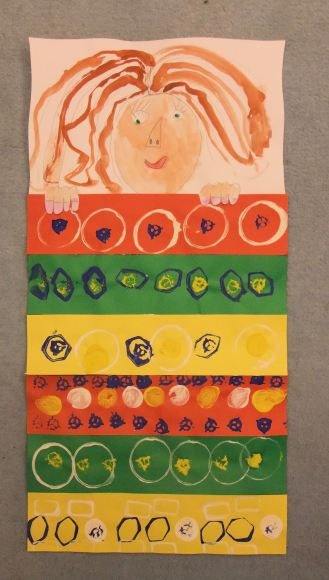 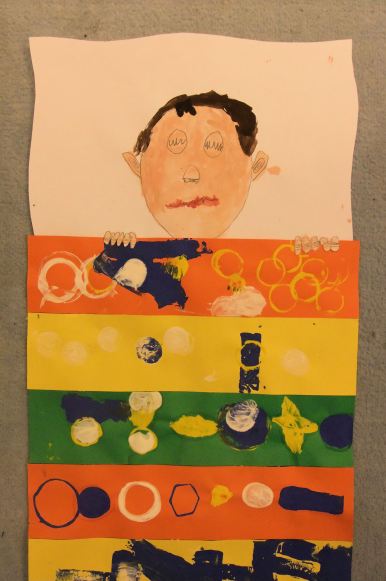 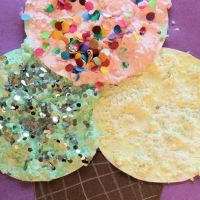 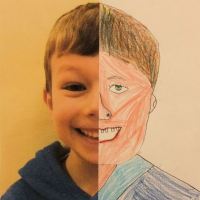 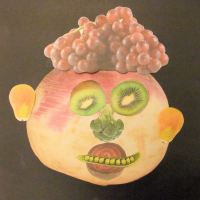 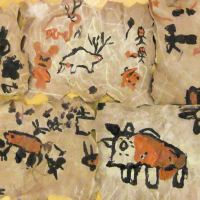 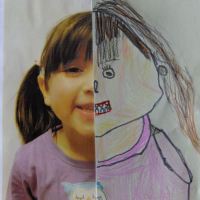 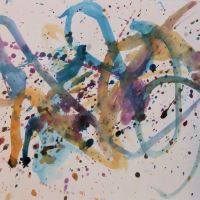 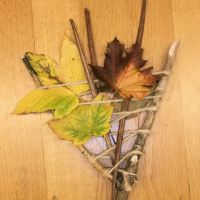 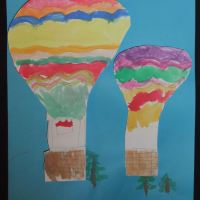 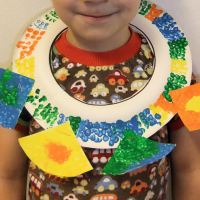